You can use it when you want to use direct speech or indirect/reported speech.

지요 is added to words when a question is being asked. When somebody uses 지요 in their questions it means they already know the answer, but they just want to double-check it.

They are used to conjoin related actions in order and they can be attached to verbs and adjectives.

This lesson was taken from this app. You should try it out!

같다 is similar to 것 같다 (read about it here). There are, however, two differences between them and one of them is that 같다 is used with nouns while the other one is used with verbs. What you can use both of them for?You can use them both when you want to say that something looks or seems like something. The second difference between them is that 같다 can be also used when somebody wants to say, for example, that his/her bag is THE SAME as his/her friend’s.

참다 = to suppress, to be patient

부르다 = to call for, to invite

장 = a bound noun that serves as a unit for counting thin, wide objects such as a sheet of paper or glass

다양하다 = to be various or diverse

없다 = to be non-existent, to not be

바꾸다 = to change, to exchange

Do you have a Language Privilege? 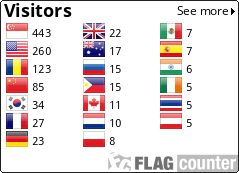